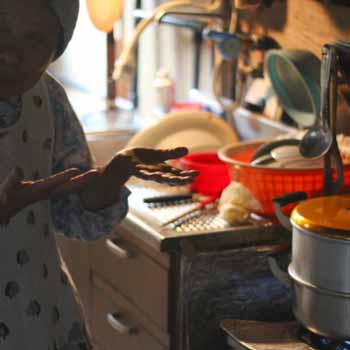 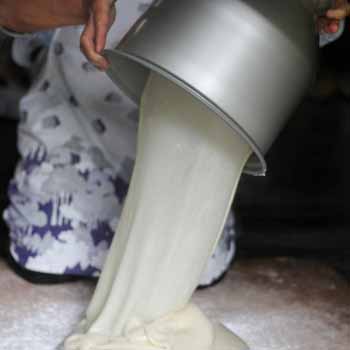 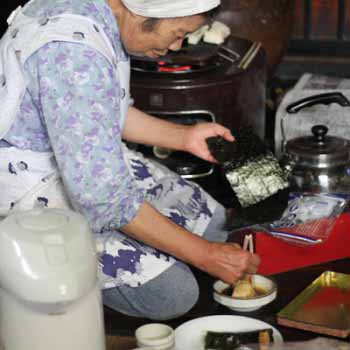 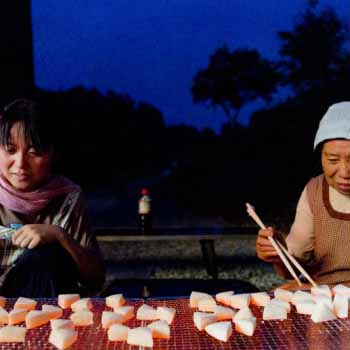 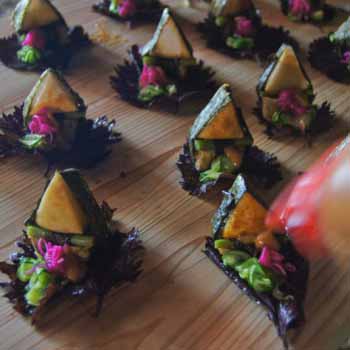 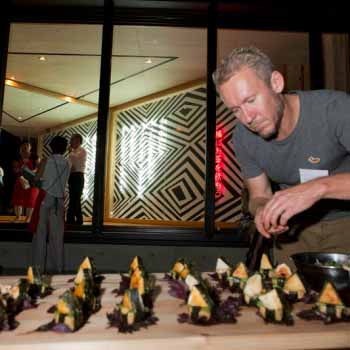 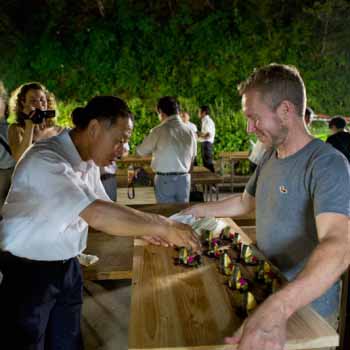 During my residency in the rural community of Urada in the Echigo Mountains I was invited to present a performance for the official opening of the newly re-built Australia House on July 28th.This was also the unveiling of the commissioned piece mountain home – dhirrayn ngurang, by Brook Andrew, an important consideration when producing my performance mochi house to tie in with the theme of community operating in his work.

After two weeks of cooking with local people, learning about their eating habits, farming ways and how to forage for wild mountain vegetables I set about combining ingredients, styles of preparation and serving for a new dish that in some way represented these experiences. Mochi is a food rich in local, historical and spiritual significance and was central to this first performance, with help from a local lady who not only taught me how to prepare mochi but cooked it on a traditional charcoal BBQ with a friend as part of this performance. It was a challenging idea to present a hybrid dish I hoped would set the direction for my project ending mid August with a performance to coincide with Obon, Japan’s culturally significant ancestor worship festival. Especially as an outsider dealing with something as fundamental as food and its meaning, working with people in this remote mountain region who’s traditional practices of agriculture and food preparation still defines their unique lifestyle and identity.

The Japanese have a firm sensibility for how things should be presented and eaten but are also adventurous for novel experiences, thankfully the playfulness of mochi house and its intended respect was gratefully received.