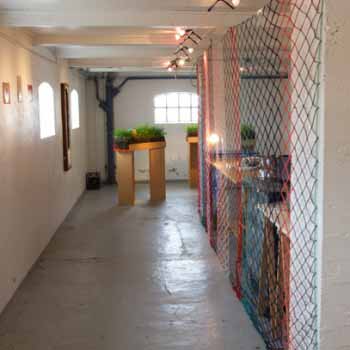 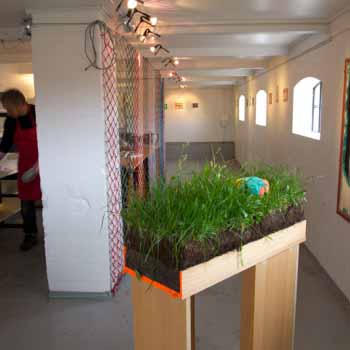 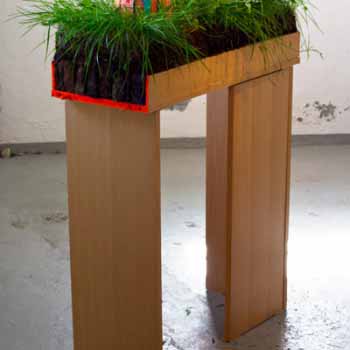 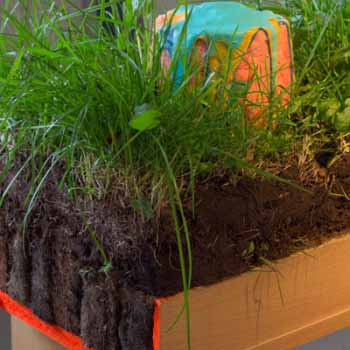 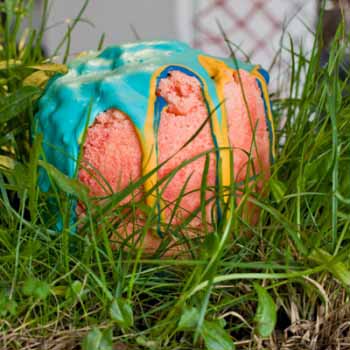 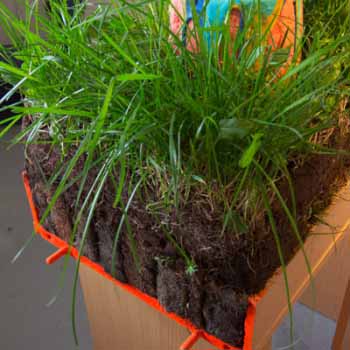 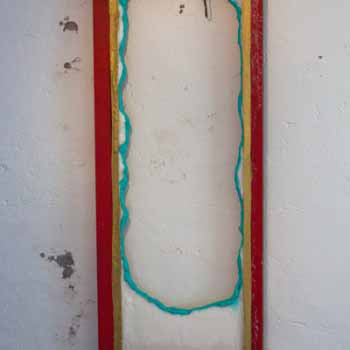 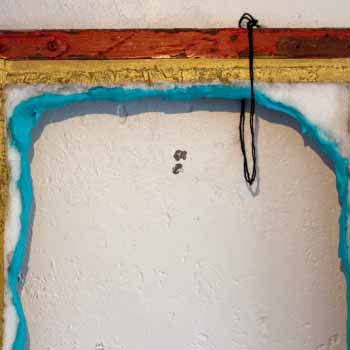 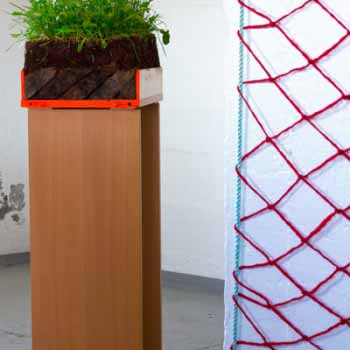 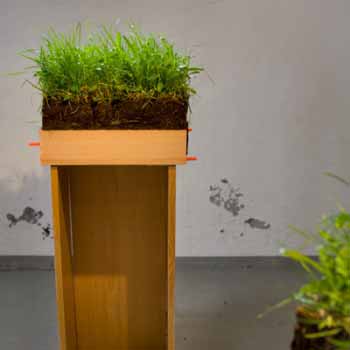 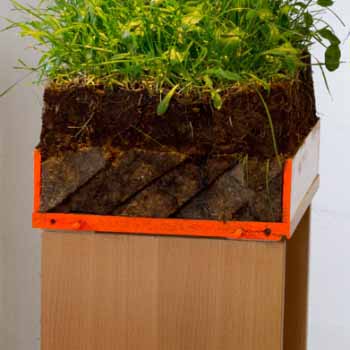 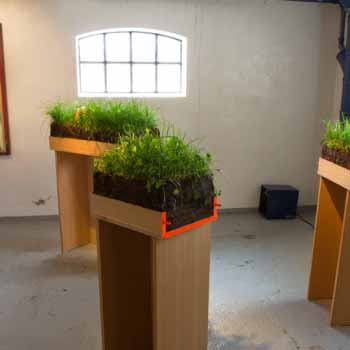 Naglasúpa means nail soup in Icelandic and describes something as being the sum of its parts. Naglasúpa, hidden Saga is the sum of its three component parts: an audience activated performance event undertaken from a temporary kitchen installation, edible plant sculpture/installation, and series of wall-mounted mixed media works. A response to three months community engagement in the fishing village of Skagaströnd in Northern Iceland during Winter 2013 and one month in Summer 2012. This half day event took place in the former schoolhouse basement used as library storage and faceing onto the harbour of fishing boats – the community industry. For this work I explored cliches of both historical and modern Icelandic food habits, pointing to the global fish industry, local economy, and life in a small community.

This work explores binary extremes between old and new worlds of food and lifestyle. The living sculpture/installation was grown from frozen cut turf over the winter residency, mounted into recontextualised Ikea furniture. For the summer residency I worked outdoors foraging with residents for edible plants from land and sea, while responding to natural and artificial colours in the landscape. Scurvy Grass and Sorrel are historically important famine foods for subsidising a meat and fish based diet and were grown and added to dishes cooked for the event. Icelandic houses are highly coloured to be visible in snow storms and the melting sugar sculptures refer to this, as well as traditional cut turf houses that dot the landscape, slowly melting back into the earth. Cakes are popular in Iceland, this has a political dimension from 20th Century urbanisation of the society. Trade and tax laws made packaged food products expensive to import, but raw produce like sugar and wheat flour very cheap. This strategy created an indelible mark on the Icelandic food vernacular and lay foundations for the modern fishing industry that continues to underpin the Icelandic economy.

This project has been assisted by Menningarráð through Nes Artist Residency program.