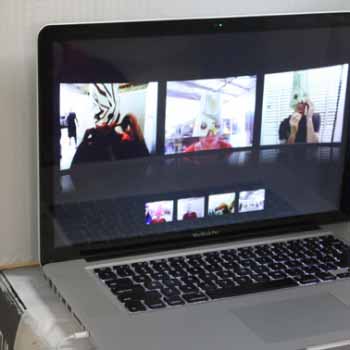 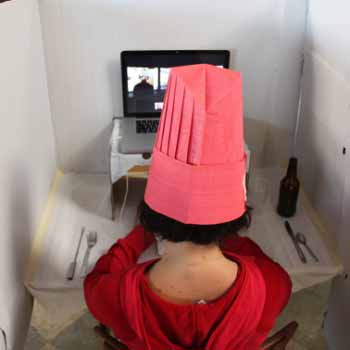 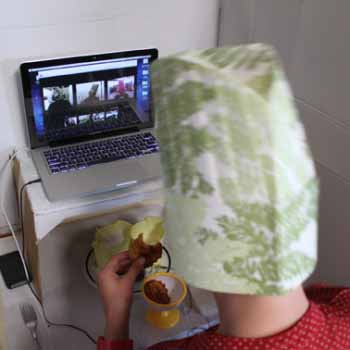 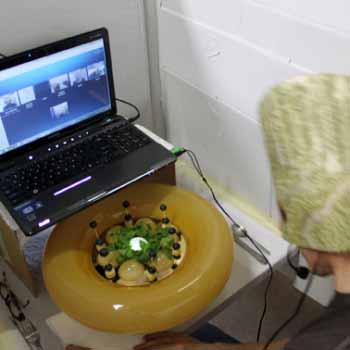 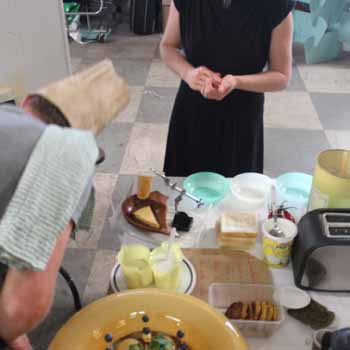 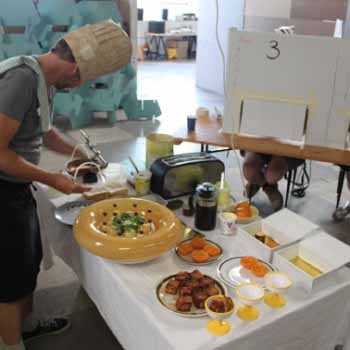 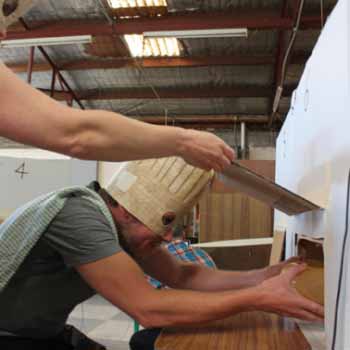 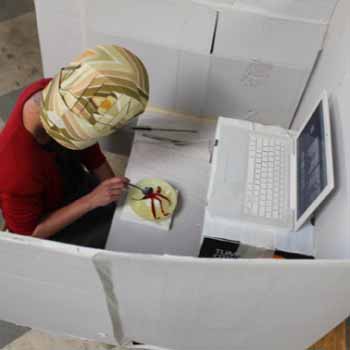 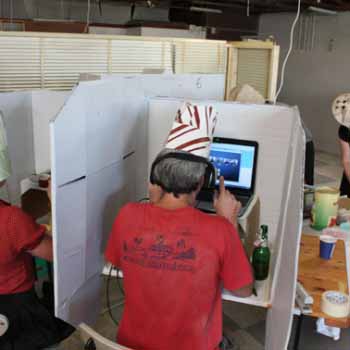 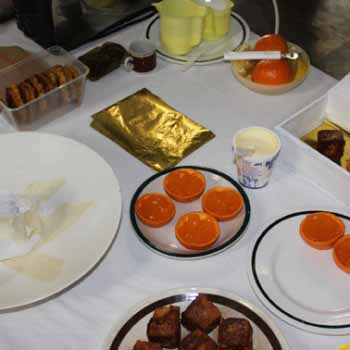 Phantom in the Mix was an experimental dinner with each guest having named in advance two tastes or smells representing a past or present ritual in their life. Responses ranged from morning coffee, the smell of oranges at the end of summer, to specific dishes made by grandma at Christmas. From this I improvised a six course menu placing each dish in a different context to it’s traditional or implied form. Each of the six people eating were masked and isolated within booth style seating arrangements around a triangular table format where an assistant and I prepared and served food from the middle. The food was served in alternating sequence so no two people ate the same thing at the same time, with contact limited to internet video conference, and the food received through a slot under their computer.

As a response to contemporary food culture – its reception and mediation, this performance was conceived as antithesis to Tactile Dinner Party, a Futurist performance style recipe from the Futurist Cookbook by Italian Futurist Philippo Thommaso Marinetti, detailing tactile pleasures and sensory stimuli resulting from direct and intense physical interaction between guests, the food consumed, and those serving it. Marinetti’s humorous cookbook responded to modernity and technology of the early Twentieth century by deconstructing traditional approaches to the experience of eating and socialising, reconstructing them with reckless abandon while looking toward a utopian future visualised through Futurism.