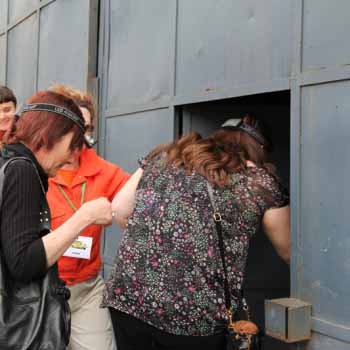 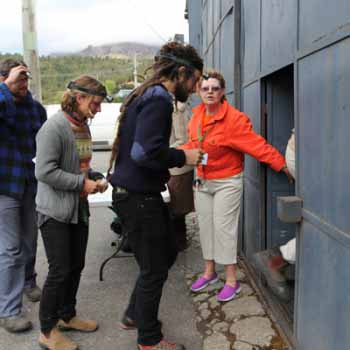 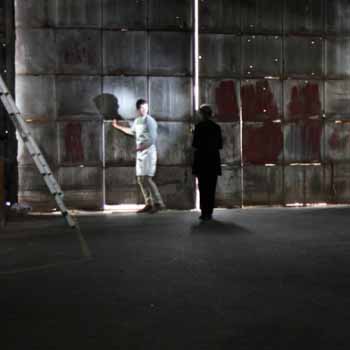 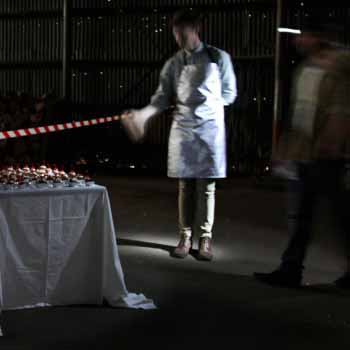 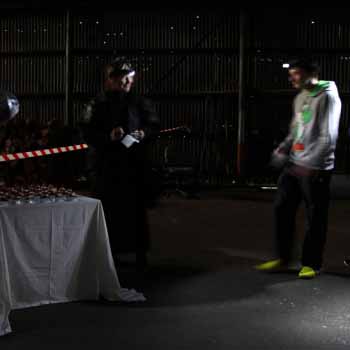 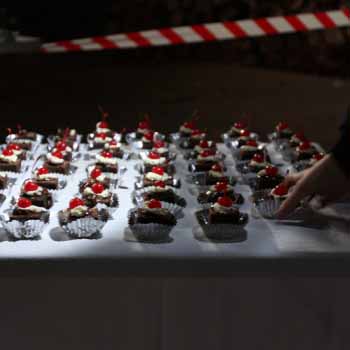 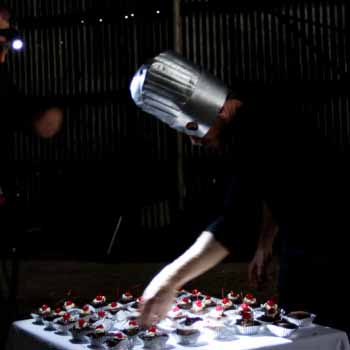 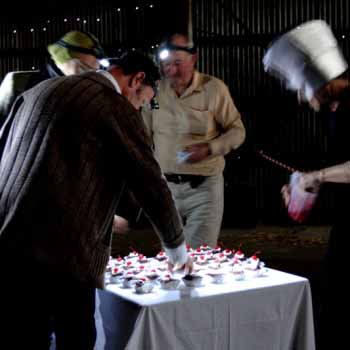 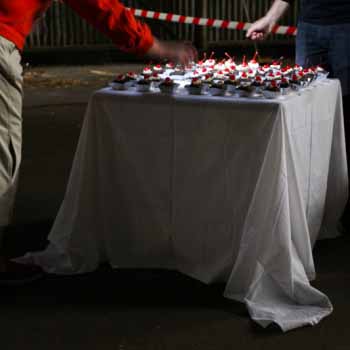 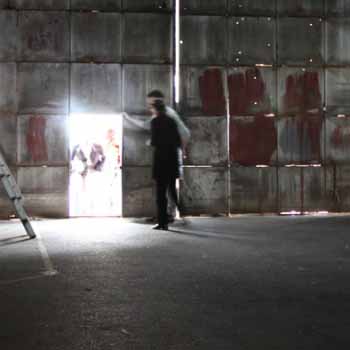 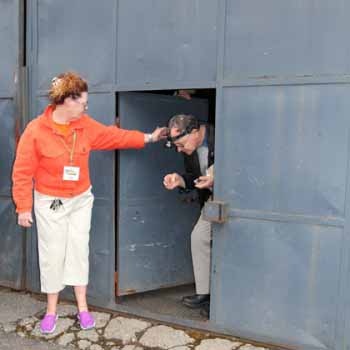 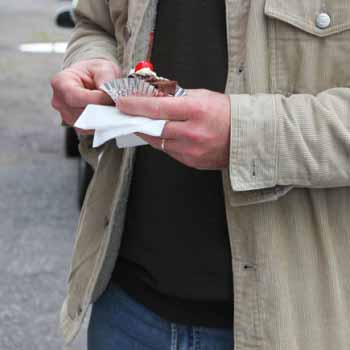 Silver and Desire: The theme for the second performance of bind & stand was a playful look at contemorary eating habits and our desire/expectation for instant gratification. It was held in an old warehouse. When the audience/participant approached, festival volunteers fitted them with LED head-lamps before ushering them through a small door into the dark interior. Once inside they were guided to the centre of the large empty space by my assistant who wore a silver apron. Here I worked between two tables in the centre of the building, visually enhanced within the space by high visibilty red and white construction tape that blocked off the remainder of the building while creating a focal point for the ‘pop-up kitchen’. Whearing a silver chef/hat mask, I served chocolate hazelnut brownie with ganache melted onto it by a butane torch, topped with whipped cream and a marachino cherry, served in silver foil cups. Presented on a small low table drapped in white linen, the food was highly visible when lit by head torches of those approaching. The audience/participant was coaxed with polite gestures by either myself or my assistant to take the food, before being immediately ushered out the way they came.
This series of pop-up style performances undertaken in three stages over three days explored the complex interplay between nostalgia, eating and community. Each one consists of a past, present or possible future aspect of community life through food habits; the relationships food has with identity, cultural knowledge, ritual and ceremony that activates food as a medium for the enduring act of remembering. Manifesting as demountable kitchens in unexpected locations, each one highlights a particular relationship between the social and industrial landscape of Queenstown. The audience is activated as part of the work and experiences food as multi-sensory matter – be it ‘1912’ comfort food for remembrance of the mine disaster (performance 1), desire food for pleasure (performance 2), or conceptual food for thought (performance 3).

Special thanks to Evans IGA Grocery Store Queenstown for generously allowing access to their kitchen facilities.