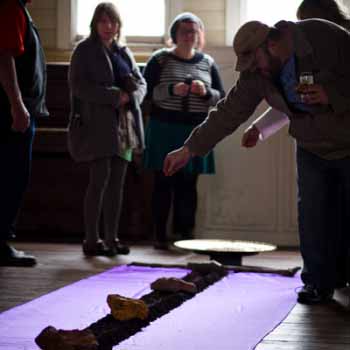 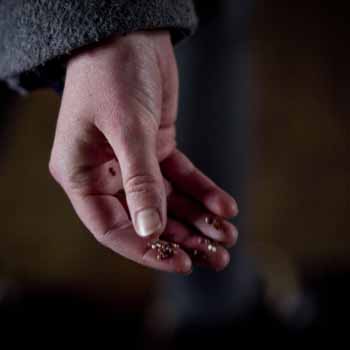 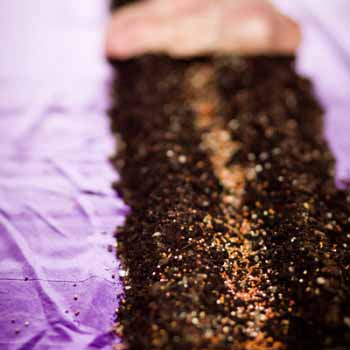 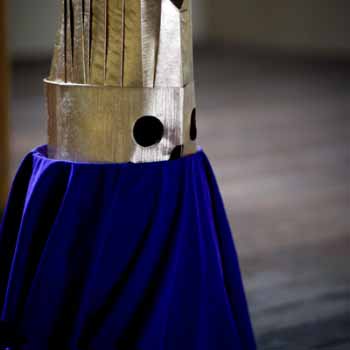 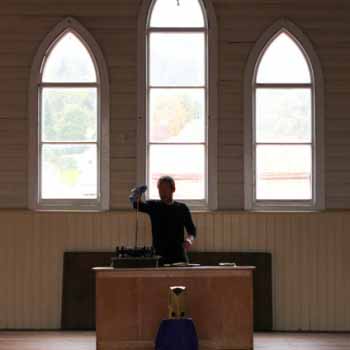 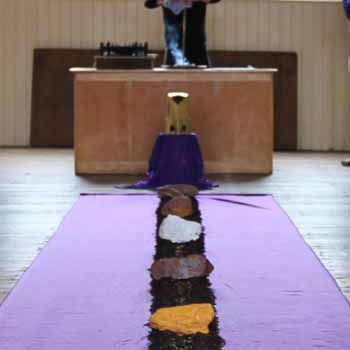 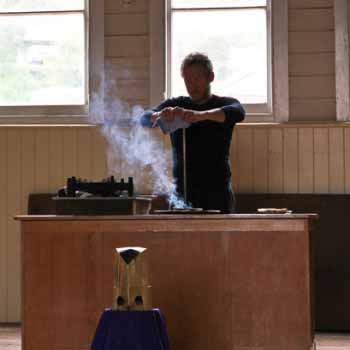 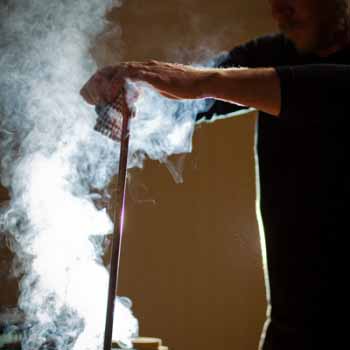 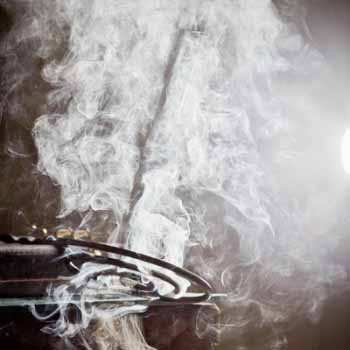 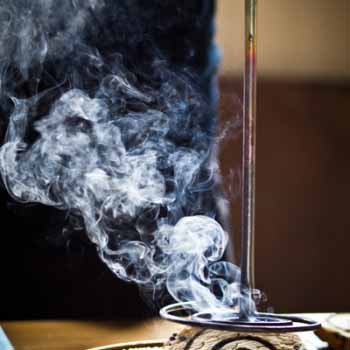 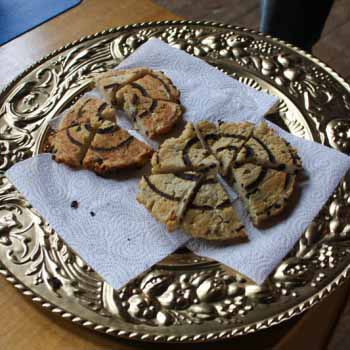 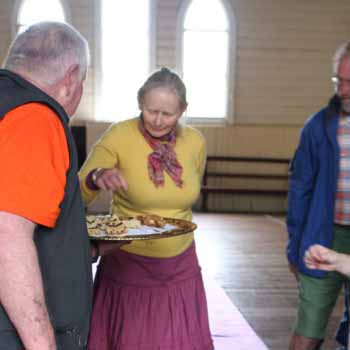 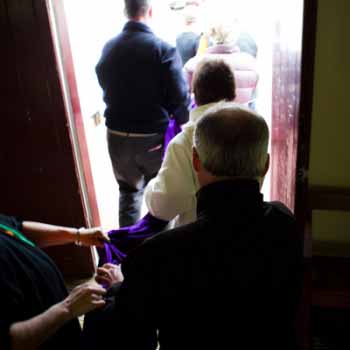 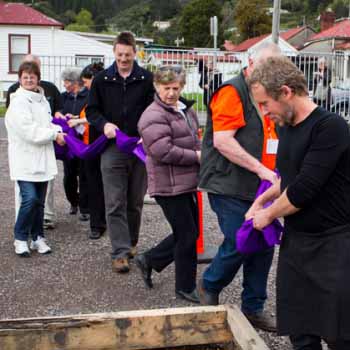 Gold and food for thought: the theme for this performance refers to the ecological destruction wracked on the hills and mountains surrounding Queenstown, and a concept for their regeneration. Acid rain and deforestation from over a century of mining have left them bare to the elements exposing a variety of different coloured hillsides, an iconic but contentious bit of local history. I collected a sample these coloured mineral rocks for the church hall installation, evenly spacing them over a 7-meter line of soil on purple fabric. The soil had a central furrow for the audience/participants to sow Quinoa seeds taken from a gold platter on the floor, the first thing seen when entering the church hall. At the opposite end of the fabric a gold chef hat/mask was mounted directly in front of a table, where I burnt bread with a spiral shaped branding iron. The bread, made from Quinoa flour, was offered to people as they approached the table end of the hall. After 2 hours of repeating this process I carried, along with several volunteers, the soil and seeds rolled up in the fabric outside into the church grounds to an empty planter box, part of Queenstown’s newly constructed community garden that was ceremonially opened 2 days before by the Premier of Tasmania. After this third and final performance I re-visited the hillsides from where I collected rocks and scattered Quinoa seeds as a guerrilla gardening action. Through this act I aim to draw attention to traditional relationships between community identity and the growing of food. Tasmania is currently the only place outside Bolivia Quinoa grows as a commercial crop because it favours consistently cool climates. Quinoa is currently very popular in Western countries where food fashions can have far reaching consequences. This symbolic and culturally significant staple of the Bolivian diet has become, due to high international demand, unaffordable for most Bolivians who now rely on cheap imported sources of protein.

This series of pop-up style performances undertaken in three stages over three days explored the complex interplay between nostalgia, eating and community. Each one consists of a past, present or possible future aspect of community life through food habits; the relationships food has with identity, cultural knowledge, ritual and ceremony that activates food as a medium for the enduring act of remembering. They manifest as demountable kitchens in unexpected locations, highlighting relationships between the social and industrial landscape. The audience is activated as part of the work and experiences food as multi-sensory matter – be it ‘1912’ comfort food for remembrance of the mine disaster (performance 1), desire food for pleasure (performance 2), or conceptual food for thought (performance 3).

Special thanks to Evans IGA Grocery Store Queenstown for generously allowing me access to their kitchen facilities.