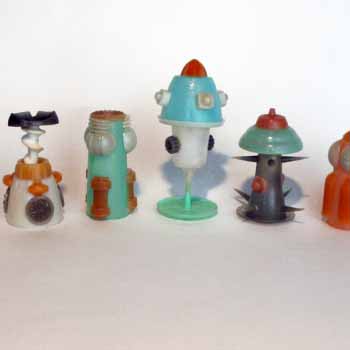 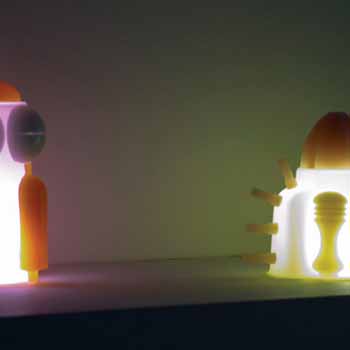 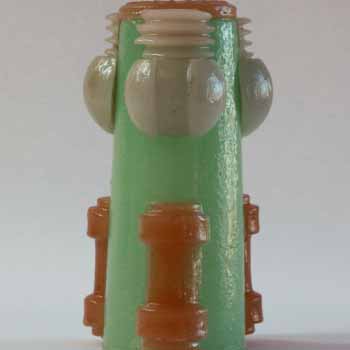 As a child I constructed futuristic Tupperware cities from my grandmother’s kitchen cupboards, unaware of the origins of these ubiquitous vacuum-sealed containers designed by Earl Tupper who was inspired by Futurist imagery and theory. As the founding movement of the twentieth century, Futurism responded to the momentum of modernization, focusing on change with optimism for technology and it’s effects on human consciousness (Clarke, A. Tupperware: The Promise of Plastic in 1950’s America, 1999, p.21). While collecting discarded Tupperware from opportunity shops, I noticed and acknowledged the stains and wear that spoke of use, function and daily routine. I also noticed the specific design aesthetic that may have motivated the original purchase. That in Itself is a series of sculptures consisting of obsolete modified Tupperware pieces that represent another history, a possible snapshot of someone else’s time and space, evoking a sense of the ephemeral nature of modern life. Like Tupperware this work becomes a form of historical record of foods and utensils that may have made contact with it. They appear as hybrid weaponry; or abject mutant delicacies microwaved one too many times, refering to genetic modification and its relationship to food entering the domestic imagination not unlike processed foods. I was intrigued to learn that processed foods began to be seriously marketed alongside Tupperware during the rise of supermarkets in nineteen fifties post-war consumer culture. My grandmother’s prodigious collection like many others was a testament to Tupperware’s desirability and success as a consumer product.