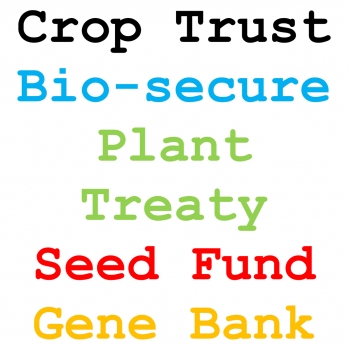 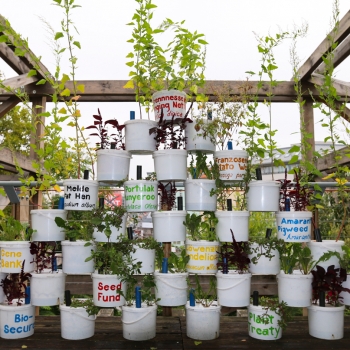 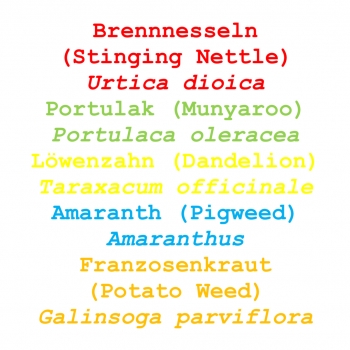 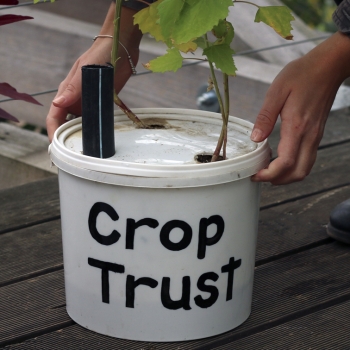 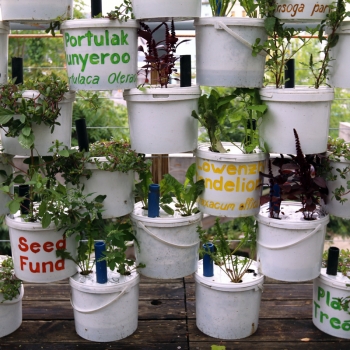 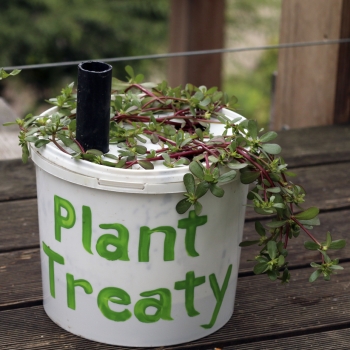 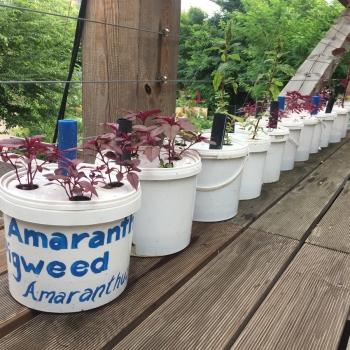 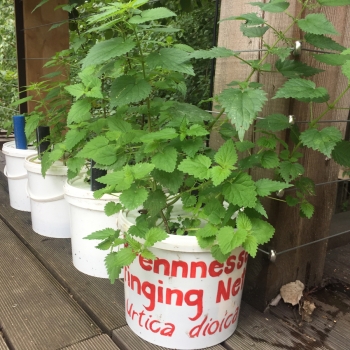 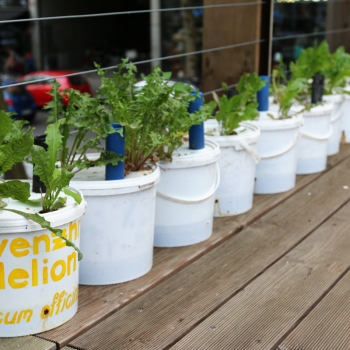 In 2017 I commenced a professional development mentorship under artist Åsa Sonjasdotter with a project to create an edible weed garden on Die Laube (The Arbor) at Prinzessinnengärten (The Princess Garden) – a self-sustainable urban farm located in Berlin’s Kreuzberg area. Die Laube is a base for The Neighbourhood Academy (TNA), co-founded by Sonjasdotter and historian/co-founder of the garden Marco Clausen, as a knowledge-sharing program for experimental and creative community projects. TNA’s engaged format was a fitting platform for my research and under Sonjasdotter’s guidance I ran a series of experimental performances and workshops. My research was informed by the concept of urban farms and foraging in urban forests as alternative sustainable food systems.

Germans have a rich history of foraging, but more aligned with folklore and the rural idyll than the emerging global trend for wild-food cuisine exemplified by Noma restaurant in Denmark. Germans forage for traditional fare such as berries, wild nuts and mushrooms and I was keen to push some boundaries on what is considered edible or appropriate in this context. As a result, the hanging garden consisted of 6 species of common edible weeds (un-kraut in German), grown from seed foraged in urban environs the year before during a project at The Centre for Art and Urbanistics (ZKU) Berlin. Each plant is naturalised throughout the world, a result of the Columbian Exchange represented by botanical research, human migration and agriculture practices between Europe and the Americas since the 16th Century.

My outcome included a workshop to make self-irrigating planters with community gardeners and local residents to grow the hanging garden in repurposed food-grade plastic waste, plus an audience-activated cooking performance from the harvested plants. The mentorship further enabled me to significantly develop an archive concept The Conceptual Cookbook with abstract recipes for food-plant-people relationships. The cookbook project is informed by Sonjasdotter’s archival practice on relationships between agriculture and cultural memory and documenting crop culture with agrarian communities.